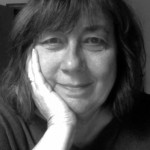 Upon completion of her MLIS – while also working on a master’s degree in art history – Suzanne began her career as Visual Resources Librarian at Kenyon College in Ohio.  As a graduate curatorial assistant in the Helen Louise Allen Textile Collection (UW-Madison) she wrote and populated a collection database and attached 23,000 images using optical laser disk technology.

Suzanne has organized panels and workshops at American Association of Museums meetings on ‘difficult’ art works, computerization, exhibition budgeting, time-based media, and copyright.  She was an invited speaker at ALI-ABA, New York University Art Law Day, the Nordic Museum Conference in Denmark and the University Complutense in Spain.  Service to the profession has included 3 MAPII assessments, 5 IMLS grant review sessions and five NEH Documentation and Access Grant assessments.  Suzanne has served as the Nominations Chair and as co-Chair of RARIN for the Registrars Committee of the AAM.  She sat on the board of directors of the Museum Loan Network and the Museum Computer Network.  As a natural extension of the latter, she was section editor on computerization for Museum Registration Methods, 4th Ed.

No stranger to website management, from 1999 to 2008 she hosted and managed the RARIN website and, until 2010, the OnContract website – an international listing of contract registrars, now hosted by the ARCS website.  Launched in 2012,  Suzanne assisted in defining and populating the RC-AAM Website. Thereafter she served as chair of the Communications Committee and the Website Committee of ARCS (Association of Registrars & Collections Specialists) of which she is also a founding board member and past recording secretary.

Suzanne is a member of ARCS, American Alliance of Museums,  and  IMAP (Independent Media Arts Preservation).